Something I should have done ages ago, but somehow never managed to fit into my very full Luxembourg – time – schedules: I went to visit the small museum about the deporation in Hollerich. (http://www.secondeguerremondiale.public.lu/fr/musees/occupation-resistance-enrolement-force/hollerich.html#) 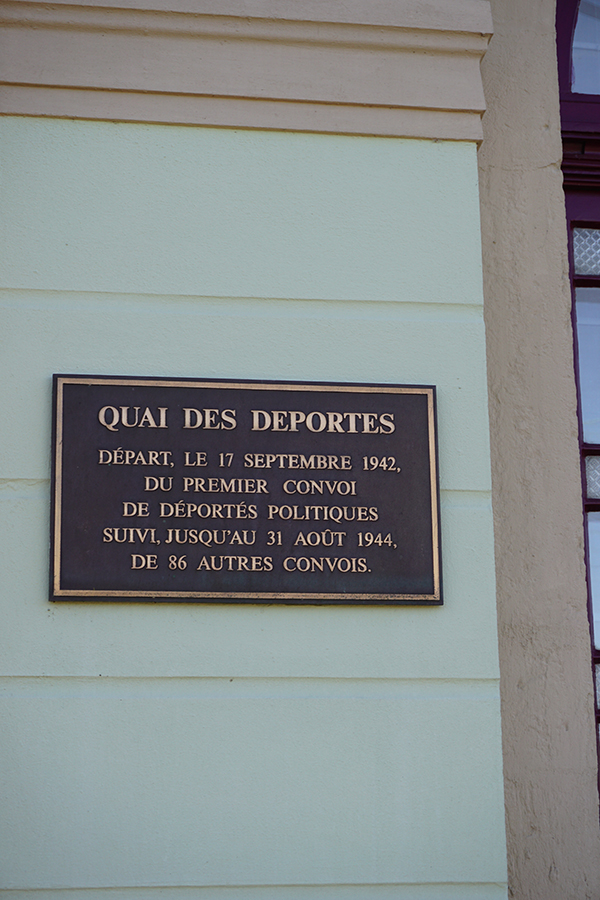 I took some pictures, read the explanations, learned some facts, got angry at all the Nazi propaganda and wondered how people dealt with it then  …  The only way to survive emotionally must have been to put yourself in danger physically: to resist.

I was walking throught this exhibit when suddenly a piece of typed paper caught my attention, in fact it was the word “Reibnitz”, that caught my eye … “That´s where my Dad and my grandparents were” I thought …. and had a closer look …
And the I saw their names on the piece of paper. Suddenly everything became horribly real and I was overwhelmed by a mixture of feelings I find hard to name.
Anger, sadness, incredulitiy, ressentment, and: fear.
Fear that we are living in a political climate in which too many people are willing to take the risk to fall back into such dark dark times …

This is the paper I saw in the exhibition: 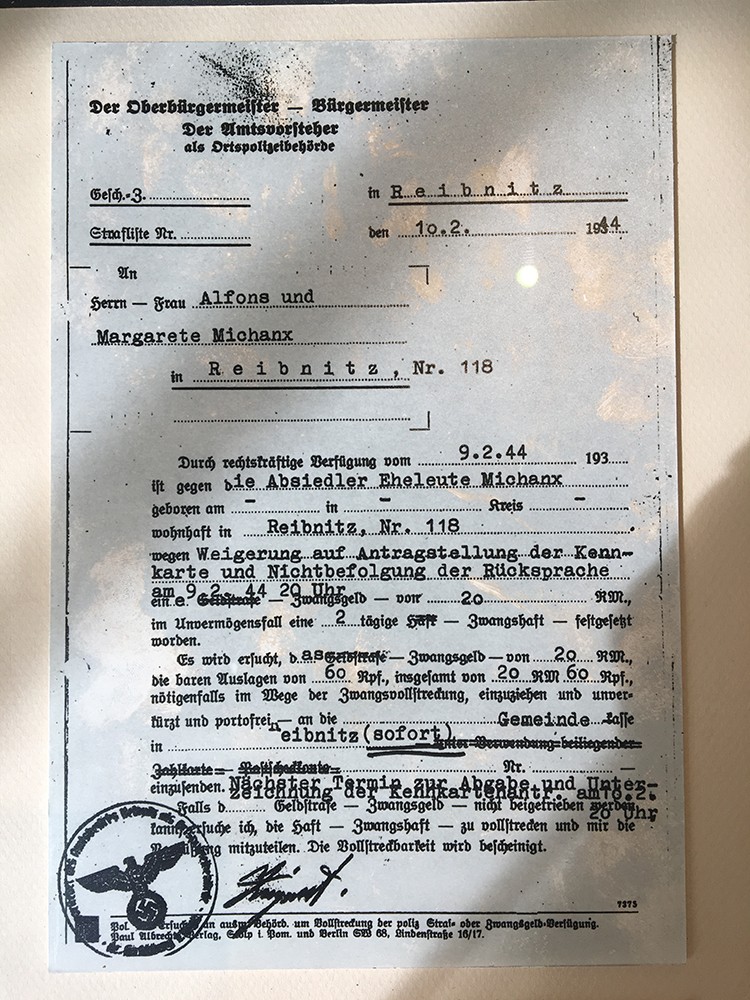 It turned out that it wasn´t the only one about my Grandparents.
More on all this in the next post.

And a very interesting article by Rebecca Solnit in the Guardian about protest and resistance :
https://www.theguardian.com/world/2017/mar/13/protest-persist-hope-trump-activism-anti-nuclear-movement?CMP=fb_gu